We all have a view on what we are good at, and what we are not good at.  I’m good at making curries, and finding practical ways to solve problems, and I’m not good at doing anything that involves being up a ladder or on scaffolding.  However, the things that spring to mind as our “best” and “worst” areas aren’t always the ones that are relevant to our capability to make money. 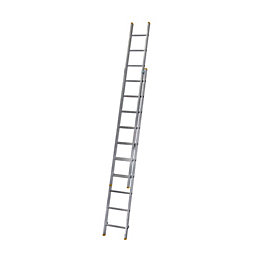 Perhaps it’s better to focus on our characteristics and how they make us good at some things and bad at others, because it’s those characteristics that we can apply to new situations which will make us good at new (money-making) things.  So, for example, it’s my calm and logical approach that helps me to deal with panicking tenants, or to troubleshoot problems with an online assessment system, or deal with most other problems that life throws at me on a daily basis.  My preference for things that I can do by myself in my office without having to speak to people is an area that I have to keep an eye on to make sure I don’t miss out on opportunities in an attempt to avoid less comfortable situations.  It’s about knowing yourself and understanding what sort of money-making activities are compatible with your character strengths.

I’ve always been the calm and practical type.  Many years ago when I lived with my mum and my nan, we got a phone call from my neighbour on a Sunday evening.  He was an older man, a foreigner who had lived in the UK for 30 years but still had a very strong accent, and he had lived alone for over a decade since the death of his wife, keeping himself to himself.  I answered the phone and he said with a degree of panic in his voice, “There’s a bat in my living room!” but given his accent, I wasn’t sure that I’d heard him correctly, and in any case, I wasn’t sure what I was supposed to do about it.  I replied “There’s a what in your living room?” to which he responded “A bat.  A bat.  I just hit it with my coat.”

Thinking that it couldn’t get much stranger, I told my mum and we both went round and knocked on his door.  He was something of a hoarder, and not familiar with domestic cleaning techniques, so we braced ourselves.  He invited us in and up to his living room, where he gestured to the window area.  We picked our way across the room between the tables, footstools, records, ornaments and general detritus, and found a small bat lying dazed on the laminate flooring.  The neighbour confirmed that as darkness had begun to fall, the bat had woken up and appeared from the back of a picture he had earlier purchased at a car boot sale.  He had responded by flailing at it with his coat and knocking it onto the floor.  I poked it gingerly with an unidentified nearby object and it displayed signs of life.  The decision now was what to do about it.

It didn’t look very well.  The weird foreign neighbour stood in the lounge waiting for us to do something about the errant and now damaged bat in his living room.  I went home and returned with all I could find at the time which may help with the situation (this was pre-landlord days so I was not well-equipped) – a small seaside-style bucket, a small fish net and a roll of cling film.  I was going to put the bat in the bucket and take it outside and put it out of its misery, but when we went to pick it up with the net, it flapped and managed to gain about 5 feet of lift, before giving up and falling neatly into the bucket I was waving in its general direction.  Given its valiant attempts at survival, I stuck cling film over it, poked some holes in the top, and called a local wildlife shelter, run by a moderately crazy woman in a mid-terraced house on an estate on the opposite side of town.  We jumped in the car and dropped the bat off to the even battier woman for recuperation.